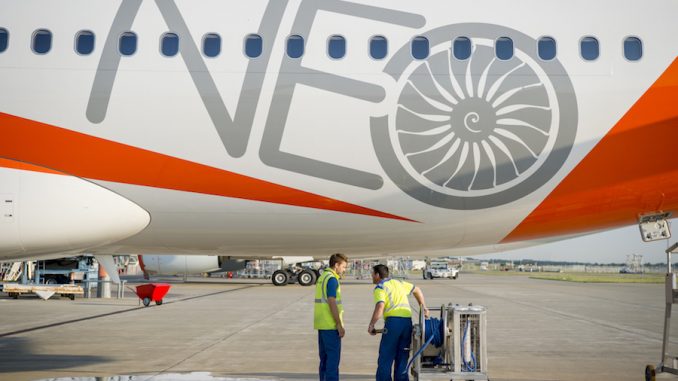 
BritsinCrete has learned that EasyJet is deploying on three of its UK-Greece routes the newest A321neo aircraft type that has just entered service.

Significantly, the first 5 of the 30 A320neo aircraft being converted into the more operationally efficient A321neo are being delivered by September 2018.

The speed of technology advancement is reflected in the fact an already new aircraft, an A320neo, is being upgraded before delivery by #Airbus.

Look out for the new fuel efficient and quieter aircraft from the first week of August 2018 on these routes (not all frequencies so check timetables):


#EasyJet says that it is putting up to 235 seats in the #A321neo. That is 50% more than a regular A319 capacity and 30% increase from a  standard A320 configuration. The increased capacity is useful at congested airports where take off and landing slots are at a premium. Therefore more seats per flight can compensate for lack of additional slots.

One of the reasons Airbus upgraded the already new A320neo as an improvement in operational costs. The A321neo adds an 8-9% benefit in unit cost savings with its CFM LEAP-1A engines.

The first of the new aircraft was delivered at the recently concluded 2018 Farnborough International Airshow.  The ‘neo’ series is visibly different from the standard and older versions of the A319, A320 and A321 by the addition of stylised wing tips known as A321 Sharklet.


Note: Other airlines use these aircraft with Sharklets to serve #Crete.
Information
Share
Plurk.com