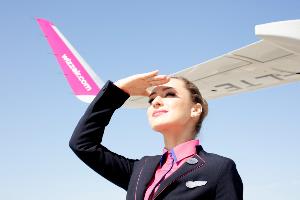 Brits in Crete understands that after the Coronavirus restrictions are eased for travel from Britain to Greece, hopefully in July, Wizz Air is to offer new alternative flight schedules from London Luton Airport (LTN) to Corfu, Heraklion (HER), Rhodes (RHO) and Zakynthos(ZTH), according to a Reuters news item.  Wizz Air schedules have yet to be fixed. In normal times, the low cost carrier already serves Athens (ATH) and Thessaloniki (SKG).  The company says it is unsure the status of the restarting of many regular tourist routes due to the affects of the pandemic.

Additional information: Wizz Air UK from its headquarters at Luton Airport will likely operate the new services where it bases 10 aircraft. These include three A320-200s and seven A321-200s. Interestingly, Wizz Air incorporated its UK subsidiary to retain services after #Brexit. The company is part of the Wizz Air group based in Budapest which has won a number of airline awards, the latest, both for 2019 -  "Best Low Cost Airline Of The Year", from the Aviation Industry Awards Europe; and the "Airline Of The Year" given by: Air Transport Awards.


When flights resume Wizz Air says it re-assures passengers of its priority attention to health safety and following new aviation guidelines when they are formally introduced.

At least for Brits in the Southeast of England coming to Crete, they will have more choice to the offerings of the other competition including Aegean, British Airways, Ryanair, easyJet, etc.