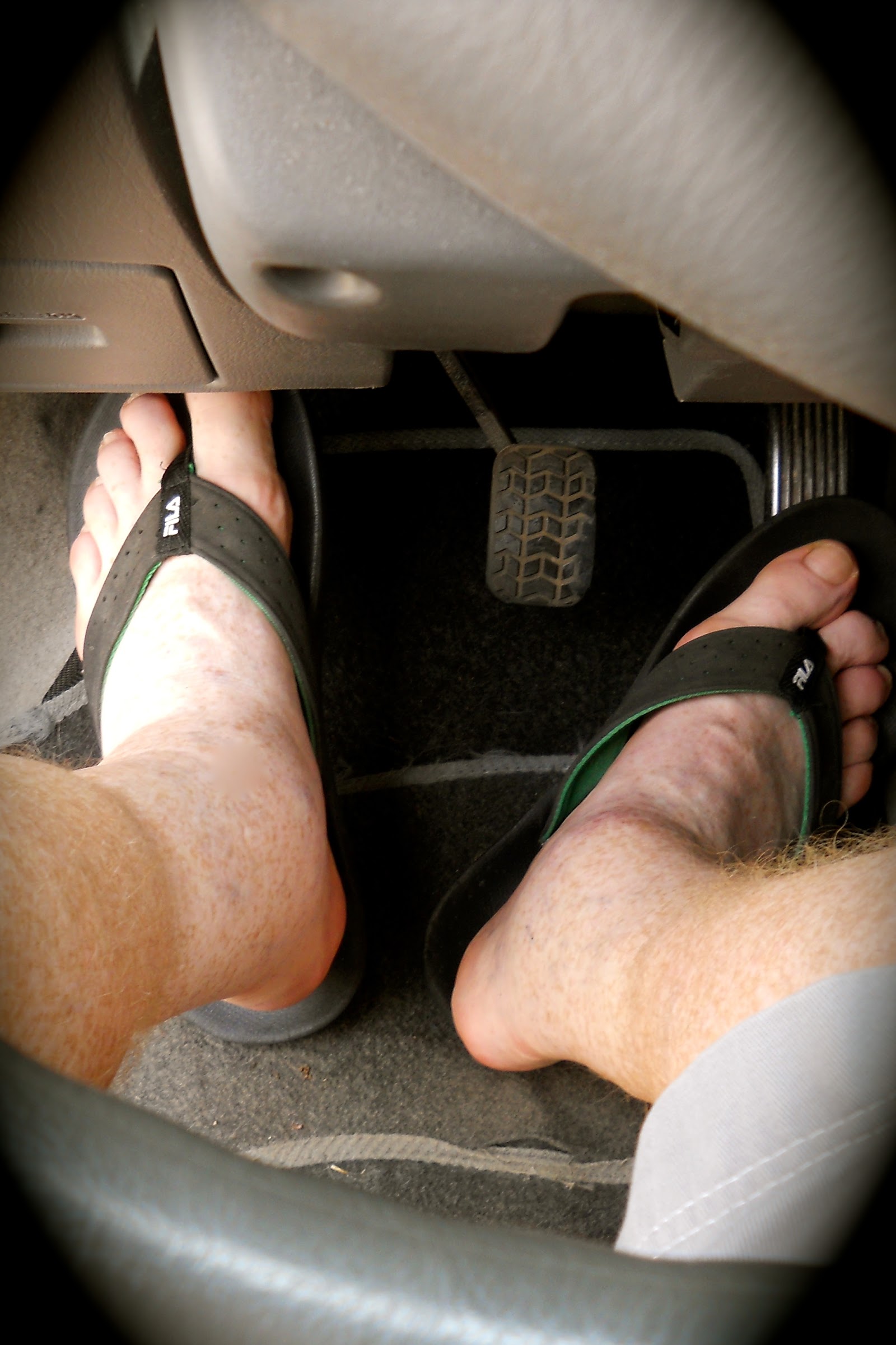 
Greece, the country with a laid back reputation is in the news again. BritsinCrete has learned that effective mid-July 2018, #Greece joined other European countries such as France, the UK and Spain in banning the driving in flipflops (οδήγηση με σαγιονάρα) just at the time of the peak tourist season.

The first time fine is 50 Euros and a 30 day licence suspension. Presumably that is a Greek driving licence? If someone knows of anyone being stopped and fined in such circumstance can they let us know.

According to a recent report on the TV channel ANT1,  the Greek police are on the look out for those wearing inappropriate footwear, especially flip flops. The police will fine anyone they catch in control of a vehicle wearing flip flops following new directives under national road traffic laws.


There have been rules for driving in Greece regarding footwear for years. But specifically the #Greek Police are targetting flipflop wearers under the ‘non-conforming footwear” category. Also, foreign residents and visitors in Greece should be aware that driving in bare feet is already forbidden.

To explain: that in Greece the all encompassing Road Traffic Code (ΚΟΚ) already covers the issue of what is acceptable footwear to drive any vehicle. But at the end of the day any decision by the Traffic Police to take action is based on the person’s ability to drive 'safely'. And “drive” means a car, van, moped, bicycle, quad bike in fact any conveyance.

In a new edict issued in the Greek Road Traffic code, fines are set out for what are described as non-conforming footwear. The code states:


Curiously as this is Greece after all, a driver can appeal the fine at a police station, where a local Police Commander can challenge the driver to a flipflop test. (?) ‘Not sure what that would entail, though. I suspect it would be futile for a foreign visitor to try this on unless a fluent Greek speaker.

Apparently, the Greek Police complain that there is very little public education on driving awareness and all the responsibilities involved. Attention to the dangers of driving in flipflop footwear and the newly introduced fine is part of that effort under KOK guidance.