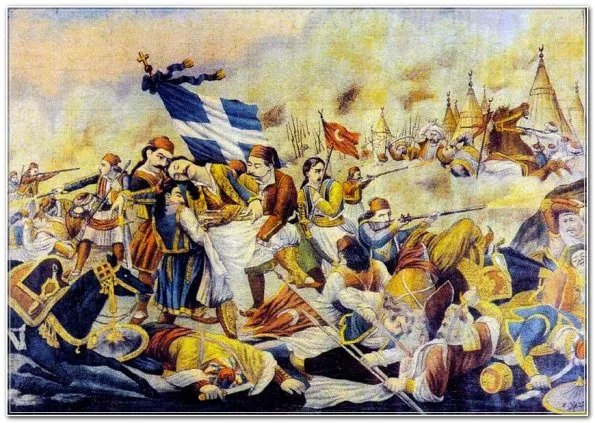 Conference Experts Sought for "The Revolution of 1821 in Crete. Two hundred years later” 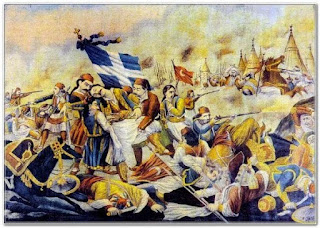 Attention British and other Philhellene experts (Grecophiles) you are invited to Chania in June 2021 to speak at a scientific conference dedicated to the subject of Crete’s contribution to Greece’s 1821 Revolution that led to independence for the country.

BritsinCrete has learned that this major and significant event is part of the massive preparations planned for the 200th Anniversary of the Greek Revolution. Greece, for so long under foreign domination, finally won its freedom in 1821.

The lady president, Eugenia Papaioannou and the secretary, Costas Moutzouris of the Historical, Folklore and Archaeological Society of Crete are arranging this milestone scientific conference with the theme, "The Revolution of 1821 in Crete. Two hundred years later”.

Obviously the focus is on the historical narrative for the island of Crete. Experts from academia with a strong interest and knowledge in the long history and struggles of Crete are invited to make submissions to attend and given the platform to give relevant presentations.

The event organisers seek those Greek, British and other philologists* in Hellenic history to take part.

Applicants are encouraged to apply through the registration form until July 20, 2020 by email contact to  info(at)ilaek.org  or  kostasmoutzouris(at)hotmail.gr

The initial form simply seeks basic information such as applicant’s name, title, telephone number, address and the subject of the candidate’s planned presentation.

The summary of a planned speech submission of about 400 words, should be sent back to the Scientific Committee by the end of December 2020.  The conference will then decide, which of the candidate speeches will be accepted.
Conference participation will be 30 euros.

Greece Independence Day is celebrated on March 25th every year with huge celebrations with a military twist with patriotic fervour in cities, towns and villages across Greece.

The Cretan event is part of ten scientific conferences for the 200th anniversary of the Greek War of Independence (1821-2021), held around the country.  These events are under the guiding eye of The Holy Synod of the (Orthodox) Church of Greece.

Interesting to note that the Eastern Orthodox Church on Crete known as the  Holy Eparchial Synod of the Church of Crete  (in Greek).  is semi autonomous,  while being part of the Church of Greece. The link for Church of Crete Official Holy Archdiocese of Crete website (in Greek) which  is directly under the jurisdiction of the Ecumenical Patriarchate of Constantinople. The current Archbishop of Crete: His Eminence, Irinaios Athanasiadis.

* Philology is the study of language in oral and written historical sources. Philology is more commonly defined as the study of literary texts as well as oral and written records, the establishment of their authenticity and their original form, and the determination of their meaning. A person who pursues this kind of study is known as a philologist. Source - Apple Dictionary.